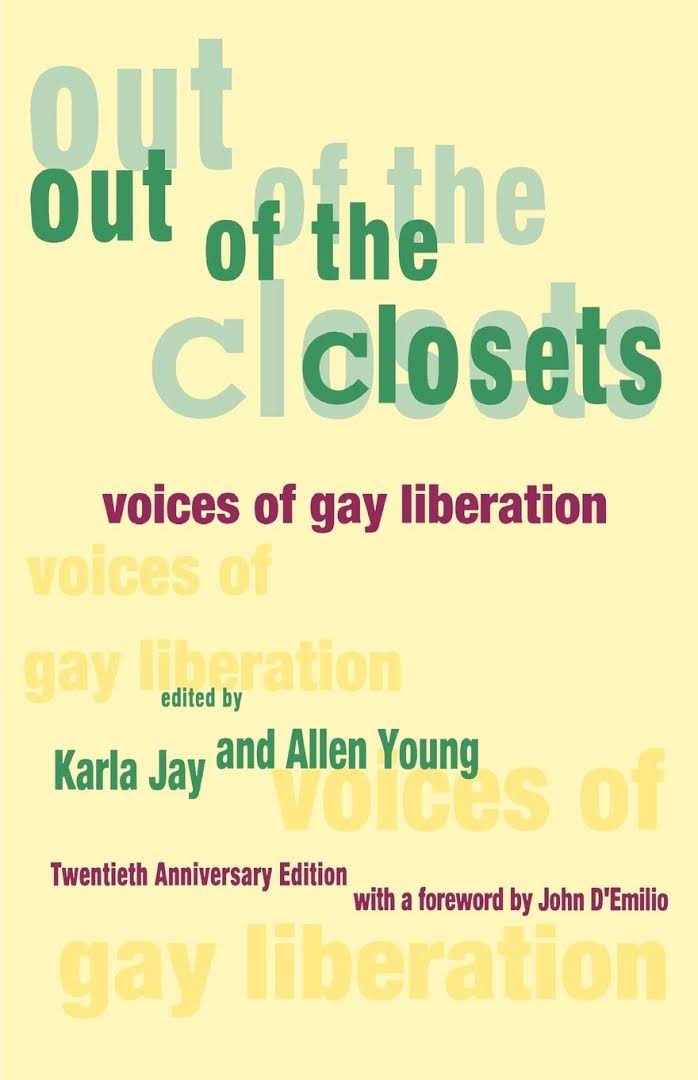 [p. 114]     I remember when STAR [Street Transvestite Acion Revolutionaries, of which Marcia Johnson is vice president] was first formed there was a lot of discussion about the special oppression that transvestites experience. Can you say something about that?
We still feel oppression by other gay brothers. Gay sisters don’t think too bad of transvestites. Gay brothers do. I went to a dance at Gay Activist Alliance just last week, and there was not even one gay brother that came over and said hello. They’d say hello, but they’d get away very quick. The only transvestites they were very friendly with were the ones that looked freaky in drag, like freak drag, with no tits, no nothing. Well, I can’t help but have tits, they’re mine. And those men weren’t too friendly at all. Once in a while, I get an invitation to Daughters of Bilitis, and when I go there, they’re always warm. All the gay sisters come over and say, “Hello, we’re glad to see you,” and they start long conversations. [p. 115] But not the gay brothers. They’re not too friendly at all toward transvestites.

Do you understand why? Do you have any explanation for that?
Of course I can understand why. A lot of gay brothers don’t like women! And transvestites remind you of women. A lot of the gay brothers don’t feel too close to women, they’d rather be near men, that’s how come they’re gay. And when they see a transvestite coming, she reminds them of a woman automatically, and they don’t want to get too close or too friendly with her.

Are you more comfortable around straight men than around gay men sometimes?
Oh, I’m very comfortable around straight men. Well, I know how to handle them. I’ve been around them for years, from working the streets. But I don’t like straight men. I’m not too friendly with them. There’s only one thing they want—to get up your dress. They’re really insulting to women. All they think about is getting up your dress, anything to get up that dress of yours. Then when you get pregnant or something, they don’t even want to know you.

When you hustle on 42nd Street, do they know you’re a transvestite, or do they think you’re a woman? Or does it depend?
Some of them do and some of them don’t, because I tell them. I say,”It’s just like a grocery store; you either shop or you don’t shop.” Lot’s of times they tell me, “You’re not a woman!” I say, “I don’t know what I am if I’m not a woman.” They say, “Well, you’re not a woman.” They say, “Let me see your cunt.” I say, “Honey, let me tell you something.” I say, “You can either take it or leave it,” because, see, when I go out to hustle I don’t particularly care whether I get the date or not. If they take me, they got to take me as I want ’em to take me. And if they want to go up my dress, I just charge them a little extra, and the price just goes up and up and up and up. And I always get all of my money in advance, that’s what a smart transvestite does. I don’t ever let them tell me, “I’ll pay you after the job is done.” I say I want it in advance. Because no woman gets paid after their job is done. If you’re smart, you get the money first. [p. 116]

What sort of living arrangements has STAR worked out?
Well, we had our STAR home, at 213 E. 2nd Street, and you know, there was only one lesbian there, and a lot of stuff used to get robbed from her and I used to feel so sorry for her. People used to come in and steal her little methadone, because she was on drugs. I seen her the other day. She was the only lesbian who was staying with us. I really felt bad. She’s back on drugs again. And she was really doing good. The only reason I didn’t take her from STAR home and bring her here was the simple reason that I couldn’t handle it. My nerves have been very bad lately, and I’ve been trying to get myself back together since my husband died in March. […]

[p.117]    Do you think there’s been any improvement between transvestites and other gay men since the formation of STAR, within the gay world, within the gay movement?
Well, I went to GAA one time and everybody turned around and looked. All these people that spoke to me there were people that I had known from when I [p. 118] had worked in the Gay Liberation Front community center, but they weren’t friendly at all. It’s just typical. They’re not used to seeing transvestites in female attire. They have a transvestite there, Natasha, but she wears boys’ clothes, with no tits or nothing. When they see me or Sylvia come in, they just turn around and they look hard.

[p. 119]   What about the term “drag queen.” People in STAR prefer to use the term “transvestite.” Can you explain the difference?
A drag queen is one that usually goes to a ball, and that’s the only time she gets dressed up. Transvestites live in drag. A transsexual spends most of her life in drag. I never come out of drag to go anywhere. Everywhere I go I get all dressed up. A transvestite is still like a boy, very manly looking, a feminine boy. You wear drag here and there. When you’re a transsexual, you have hormone treatments and you’re on your way to a sex change, and you never come out of female clothes.

You’d be considered a pre-operative transsexual then? You don’t know when you’d be able to go through the sex change?
Oh, most likely this year. I’m planning to go to Sweden. I’m working very hard to go.

It’s cheaper there than it is at Johns Hopkins?
It’s $300 for a change, but you’ve got to stay there a year.

Do you know what STAR will be doing in the future?
We’re going to be doing STAR dances, open a new STAR home, a STAR telephone, 24 hours a day, a STAR recreation center. But this is only after our bank account is pretty well together. And plus we’re going to have a bail fund for every transvestite that’s arrested, to see they get out on bail, and see if we can get a STAR lawyer to help transvestites in court.

In the meantime if anyone wants to write to STAR for information, what address should they write to?
211 Eldridge Street, Apartment 3, c/o Marcia Johnson, vice president, STAR, New York, N.Y.

What’s that thing going to be?
What thing?

That thing you just made.
It’s a G-string. Want to see? This is so that if anybody sticks their hand up your dress, they don’t feel anything. They wear them at the 82 Club. See? Everybody that’s a drag queen knows how to make one. See, it just hides everything.
if they reach up there, they don’t find out what’s really there! I don’t care if they do reach up there. I don’t care if they do find out what’s really there. That’s their business.

I guess a lot of transvestites know how to fight back anyway!
[p. 120] I carry my wonder drug everywher I go – a can of Mace. If they attack me, I’m going to attack them with my bomb.

Did you ever have to use it?
Not yet, but I’m patient